Disclaimer: I do not own the rights to any of the YouTube videos embedded in this article. All rights are reserved to YouTube and the YouTube Artists mentioned on this page.
If I have breached any issues, copyright or otherwise, please do get in contact with me and I will be happy to remove them on your request. Thank you for reading.

I hope you are enjoying the supposedly sunny month of July. It has been very hot here. Anyway it is that time where we explore some of the Stunning YouTube Videos that have stood out across the month. Please note that some of the videos are emotional but at the same time are utterly compelling.

Right here is the selection for July.

Video 1: ‘Dream- Motivational Video’ by Mateusz M
Dream is an amazing motivational video by Mateusz M. It has all the right tools to encourage us to go out and fulfil our ambitions. No matter how big the obstacle may seem, or how big our fear is, or how long it takes, with self-believe and dedication you are already on the right path to achieving those dreams.

The editing is simply faultless here. By combining powerful speeches from Les Brown, with exhilarating music from Hans Zimmer, and by adding classic films such as A Beautiful Mind, Mateusz creates a video that inspires to achieve the impossible. Thank you for creating this beautiful piece.

Video 2: ‘Real Life Heroes [Good people] part 1’ by FFA
Without a doubt Real Life Heroes is a shocking collection of clips by FFA. In essence it is about real life heroes. It depicts a potentially tragic situation which has been stopped by just an everyday individual. Any one of us could be in this situation. We could be a saviour or someone who needs to be rescued. We just do not know.

I will not spoil this video for you, but I shall leave you with this. As FFA have rightly said, each act of bravery does restore faith in humanity. Just watch and listen. You will be amazed.

Video 3: ‘Requiem- A Short Film About Teen Suicide’ by NavajoJoeFilms
Suicide is a particular controversial subject to discuss, but Requiem NavajoJoeFilms has done such a great job in producing such a heart-breaking piece it simply cannot be ignored. In this case the video follows the final moments of a suicidal teenager as he remembers all the suffering of his unfortunate life.

All the elements of a video, including the writing, acting, directing and production have come together to make this tragic piece. They have recognised the sensitive nature of the subject and have used their video in a way which hopes to change society for the better. As they state, in twenty four hours 1,427 teenagers will attempt suicide. This figure is so alarming, especially if you take into account the amount of pain involved in this one devastating act.

Thanks to everyone who was involved in producing these three videos and to all those heroes out there. This article was very difficult to write as they were all so emotive.

If you have any suggestions of what you would like to see next time then comment in the section below.

See you next time in August. Until then, take care.
Posted by Jake Borrett 1 comment:

Dyspraxia is a form of Developmental Coordination Disorder which affects fine and/or gross motor coordination in children and adults. It can also have an impact on speech. There is no cure at present.

I have never really been told when it all started for me. So this article touches upon some of the challenges Dyspraxia presents along with the impact they had on me as a child, prior to my diagnosis at the age of eighteen.

Please remember that the condition affects people in different ways. With that in mind let us begin.

Gross Motor Skills
Many with Dyspraxia will have some problems with gross motor skills. These skills are ones that use large muscles to create body movements for example walking, running and maintaining balance.

I have often found playing sports like athletics and football a real difficulty. This was a particular issue each year at primary school when we had Sports Day. We were all required to take part in games like throwing beanbags into hula-hoops and had to enter into running races. Often I would miss the hoop or not win the race, but I still tried despite there being some disappointment.

These do impact me in everyday life. It can be frustrating not being able to do something the first time. I remember trying to learn how to tie my shoelaces on holiday just before my eleventh birthday. Before this I would always wear shoes with velcro straps. My parents would show me how to tie the laces but my mind just could not get around to doing it properly. The loop was either too small, way too big, or the laces would not fit together.

Over time I gradually got the hang of tying shoelaces. I will admit that even now I do have occasional problems with them. They often do come loose after a while. Still I am glad to have learnt. So it is important to have someone patient teaching you because it will take time. Then again there is nothing wrong with having velcro straps or slip on shoes if you just simply cannot get it. What is important is feeling good about yourself no matter which option you pick.

Clumsiness
Those with Dyspraxia generally have a lack of awareness of their body position. This can result in bumping into, tripping over or spilling things.

Since I could crawl I would often bang myself into objects around the room causing an ‘egg bump’ on my head. This clumsiness still follows me now. It is amazing the amount of objects that I have dropped, broken, spilt or bumped into.

Interestingly is that it is believed that many do have a good sense of humour. So if you ever see one of us fall over or drop something you may find us laughing about it afterwards. Well, as long as we were not badly hurt or that object was not worth a fortune.

Forming Relationships
It can be quite difficult to form relationships. There may be isolation within the peer group or those with Dyspraxia may unfortunately be rejected by others because of their differences. Those with the disability may sometimes misinterpret what someone is trying to say or how that person is feeling, which could cause alienation.

Of course this is not always the cause. Those with the condition often display positive attributes such as being kind, empathetic and forgiving. It is these which often shine through and help build close bonds with those around them.

It did take me quite a while to find people I wanted to be friends with. Still they are there no matter the troubles I may be facing and I cannot thank them enough.

Speech, Language and Words
Those living with the condition may experience issues with speech, language or words, either in the form of talking or writing. Organising, planning and proofreading can also be affected.

Throughout primary school I hated English and would often get low grades. Because of this my secondary school placed me and a few others in something called ‘Learning Support’. Instead of learning a second language, like French or German, we spent the time improving our literary skills. Thanks to the utter dedication of the staff during those three years I began to enjoy the subject and my grades increased. Now I am studying English Literature and Creative Writing at university.

Of course I still have difficulties, but those dedicated people helped me to thoroughly like English, which is something I would have struggled with otherwise.

It would seem that Dyspraxia has been present right throughout my childhood. It is a lifelong condition, but with continual support from loving and non-judgemental people hopefully those with the disability will gain the confidence to thrive and flourish in society. Remember these people are not only Dyspraxic but they can also be fantastic.
Posted by Jake Borrett 9 comments:

The Chair and I

The Chair and I

Script Details
‘The Chair and I’ is a monologue told in the present tense.

Set in a garden at night, a person places a wooden chair in front of them before sitting on the grass. They speak openly and honest about their emotions in a first person monologue. Their identity is hidden.

PERSON: Just listen to me for a sec. It might change your life. [Pauses and stares at the wooden chair.] Right, are you ready? [Waits for a reply.] Yes? Good. [Leans head forward.] You don’t look like the sort who wants to be mucked about. You seem to be someone who wants to get straight to the point. [Pauses and moves their little finger back and forth.] Well come in closer. No, closer than that. Oh come on now, you’re just being silly. Pull the bloody chair with you if that helps. [Looks at the chair as it gradually moves towards them.] Right that’s better.
Now you can actually get to know me. Do I smell good? [Waits for a response and is shocked by it.] Really? That bad? Well you’re no better. It doesn’t look like you’ve taken a shower for a week. I mean come on. [Points at the chair in front of them.] Look at your stupid hair and all. It’s sick. It’s covered in grease and that’s only the start of it. [Smirks and speaks sarcastically.] Oh I’m sorry. You’re offended? Shame.

Oh yeah, where were we? [Pauses in contemplation.] Oh yes that’s it. I told you to listen for a second. Well we didn’t learn much, expect one thing. [Pauses, realising.] The fact is you’re not really there. [Angrily.] The chair is empty for God’s sake! You really think I’m thick? I’m not you know. [Waits and then carries as if deeply upset.] I’m just different.

[Stands up on the grass and raises voice.] Now get lost before you start judging more than my hair. [Points to their own head.] Trust me you don’t want to get inside my mind or anything.

[Before exiting, they pick up the chair and throw it across the garden. One of the chair legs snaps off from the force.] 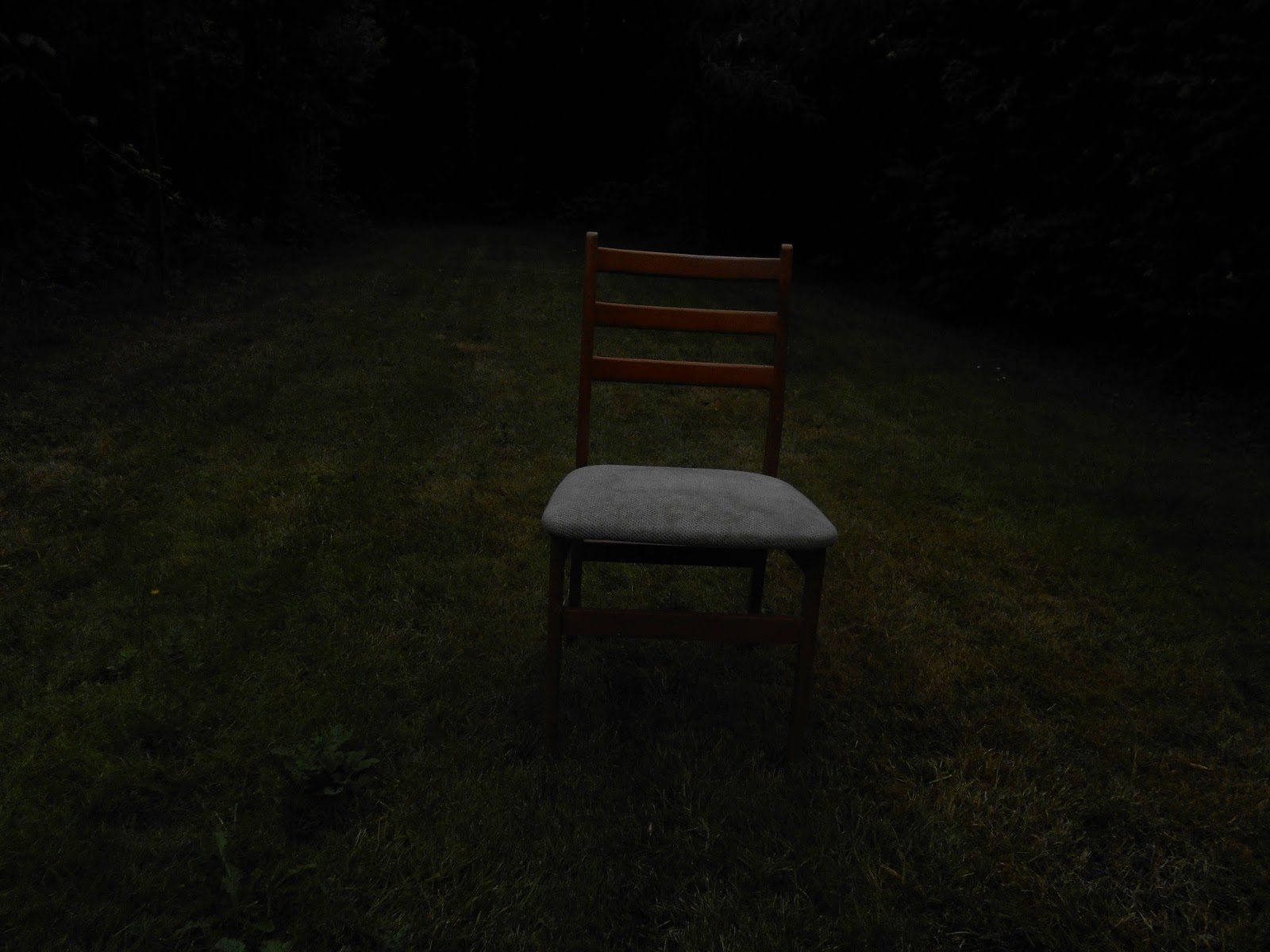 Standing on the line you pause, you breathe, you wait. It is your duty to save them.

Running towards the goal you dribble, you shoot, you fly. It is your mission to score them.

Hoping in the stand you pray, you cheer, you cry. It is your role to support them.

It is written in ground and within the sky. It is heard in all the chants and all the screams. It all depends on you. It is your choice, your moment, to make your nation proud and make the whole world bow. 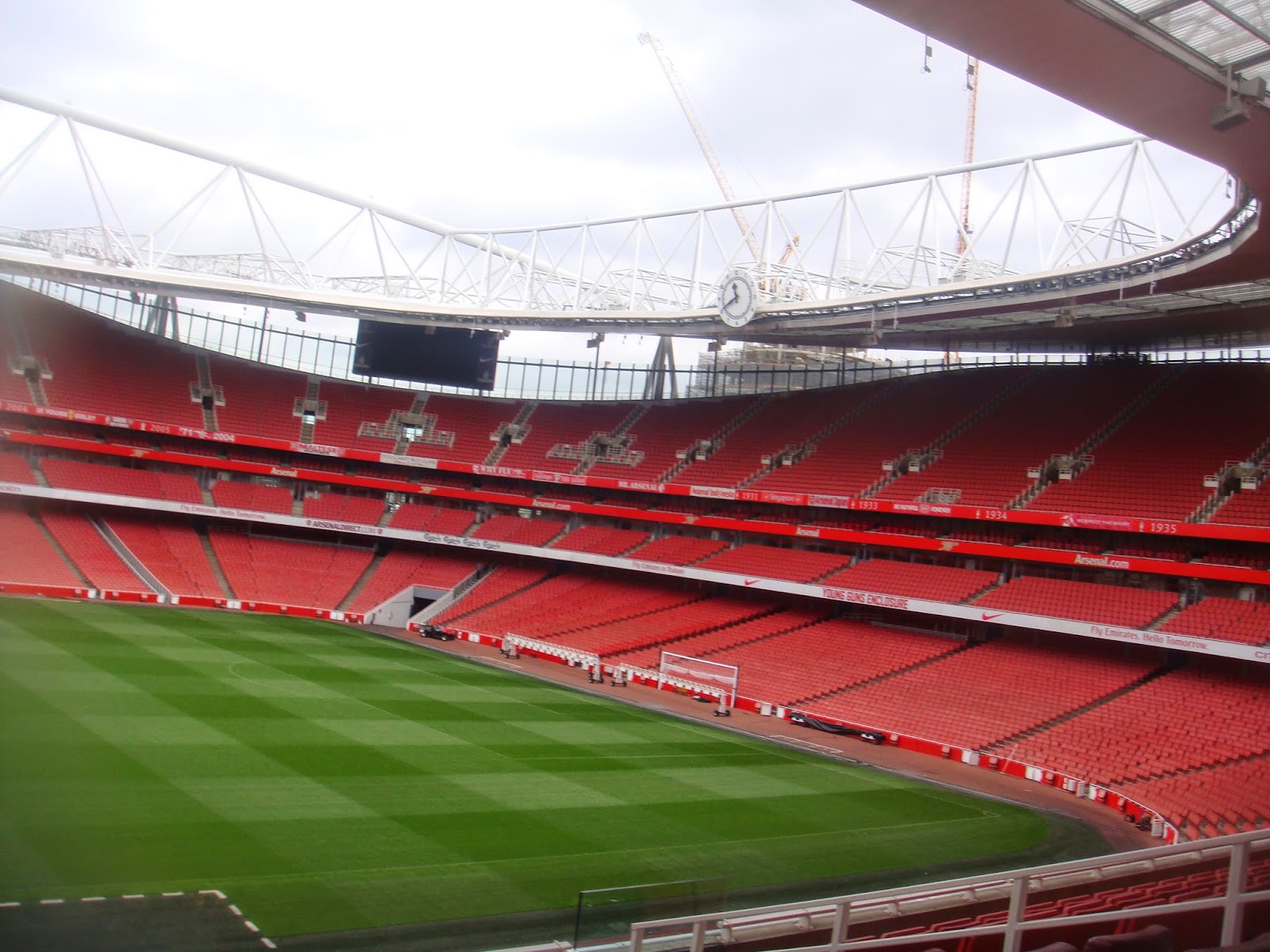